After all the fun and hijinks of looking at our favourite songs of 2013, it is time to delve into listageddon once more, by looking at the ten albums that most shaped The Metaphorical Boat's listening habits over the past twelve months.

To repeat the same thing I've said the past two years, it is usually much harder to decide on an order for best albums of the year than it is for best songs. For single tracks, it goes in order of which songs I'd be happy enough to hear again and again in descending order. For albums on the other hand, there are a lot more variables involved. Should an album with lots of decent tracks receive a better placing than an album with two of the greatest songs of the year and some filler? Should an album that works well as a complete work be given preference to an album with better songs, but with more variety and a poorer flow? Should an act who I've loved immensely in the past place highly even if their album from this year didn't match up to their usual high standards?

So after taking these thoughts into consideration, and after much self-deliberation, here is the first half of The Metaphorical Boat's top albums of 2013: 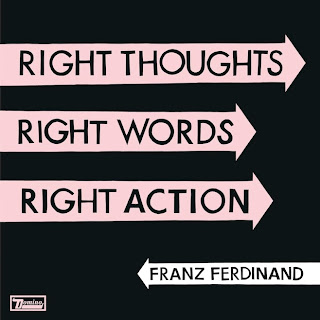 Franz Ferdinand were undoubtedly the band that most shaped my listening habits during my early teenage years, so any new release from them would always be met with great excitement. Even though it contains some clunkers ("Evil Eye" should never have made the album, let alone got the single treatment), "Right Thoughts Right Words Right Action) is a strong addition to the back catalogue. From the powerful lead single "Right Action", through to the quasi-psychedelic "Wild Strawberries", through to the somber closing song "Goodbye Lovers & Friends", "RTRWRA" neatly demonstrates the sound that made them such indie darlings over ten years ago. 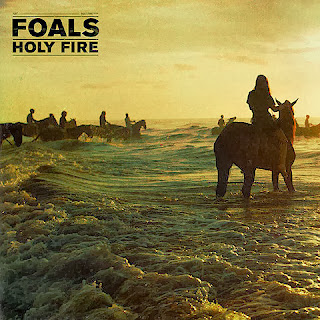 It's hard to believe that the Foals who recorded "Holy Fire" in 2013 are the same Foals that gave us the messy, angular "Antidotes" back in 2008. "Holy Fire" is a highly focused, meaty indie-rock record that seems to tread the fine lines between brooding and upbeat and between accessible and experimental with great results. For every irresistibly hooky song, like their biggest hit to date "My Number" or "Bad Habit", there's a few darker tunes lurking, like the dank, powerful opener "Prelude" or the almost-ambient closing number "Moon". And then of course there's "Inhaler", a song that the band will struggle to ever match.

It'll be a struggle for Foals to make an album as consistent and brilliant as "Holy Fire", but if there's one thing that they're good at, it's taking us by surprise. 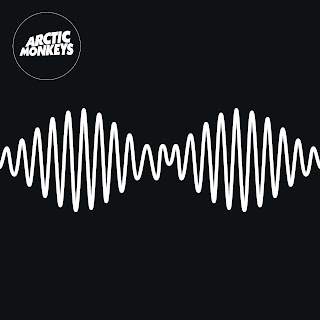 
It would be an insult to call "A.M" the fifth album from Arctic Monkeys, a return to form. After all, every single one of their albums has hit the top spot, with sales that most bands could only dream of. But it does seem to have been their first album since their sophomore effort that has attracted considerable attention outside of their (massive) fan base.

And rightly so. Although it does seem to owe more to the sound of their last two albums than their first two, "A.M" shows that the band haven't lost their knack for a great big rock hook. The dirty guitar riff of "Do I Wanna Know?" sounds as if it has been around forever, held in stasis since the 70s until thawed out by Alex Turner, "Arabella" likewise. Elsewhere, "Why'd You Only Call Me When You're High?", a song which became their first top 10 hit in 6 years, sees the hip-hop influences that had been hiding in the background since their debut come to the forefront, whilst "No.1 Party Anthem" and "I Wanna Be Yours" sees a softer side to the band.

Although it's a million miles away from the sound that helped them break through in 2005, "A.M" by Arctic Monkeys is the best, most consistent album they have put out to date, and should replace their debut as the quintessential record from the band. 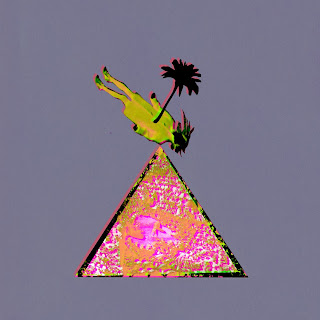 The self-titled album from Melt Yourself Down sounds like it is the beginning of a whole new movement of music. The sextet contain members of various jazz/world music acts (like Polar Bear, Acoustic Ladyland & Sons of Kemit), and their sound encompasses these influences, as well as elements of funk, electronica, and even a little bit of screamo to create a multicultural, cosmopolitan, unique saxophone-led sound. Although the best descriptor of their sound comes from their own label, who describe them as:

Melt Yourself Down might be a little bit too esoteric for some people's tastes, but there is no denying its earworm-inducing hooks on songs like "Fix Me Life", the bass vs sax dual of "We Are Enough", or the wonderful "Kingdom of Khush".

6. Swim Deep - Where The Heaven Are We 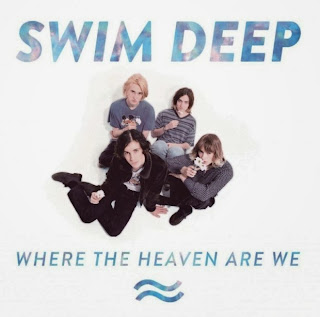 
Birmingham early 90s revivalists Swim Deep sure know their way around a great pop hook, if their debut album "Where The Heaven Are We" is to be believed. From their monster calling card single "King City", the sparkly "Colour Your Ways", through to the more introspective sound of "The Sea" and the great baggy-infused closer "She Changes The Weather", the band shows off a great songcraft that belies their youth.

What I found interesting whilst reading reviews of the record is that some critics have suggested that whilst they enjoyed "Where The Heaven Are We", they still think that they band still has a world-beating album still to come in the future. In all honesty, if their follow-up album is only half as good as this one, it will be worth listening to.

Posted by Christopher McBride at 15:23

Email ThisBlogThis!Share to TwitterShare to FacebookShare to Pinterest
Labels: Top Albums of 2013