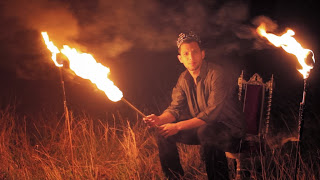 Very few people make their way into electro-rock via classical music, but that's exactly the route taken by Dublin native Ethan Kumar, who records under the name Ethan's Bucket. Having released an album of piano instrumentals back in 2012, he decided to change direction, experimenting with guitars and synths in an attempt to emulate The Naked & Famous.

His first single in this new style, "Crown Me King", may not owe much sonically to those Kiwis, but it's still a rather great tune regardless. If you're a fan of the spacey, dreamy soundscapes of Maps, or the songs by Moby that he provides the lead vocals for, then you might just find something to love in Ethan's Bucket.

"Crown Me King" is available as a free download, and will feature on his upcoming album "Walk on Water".