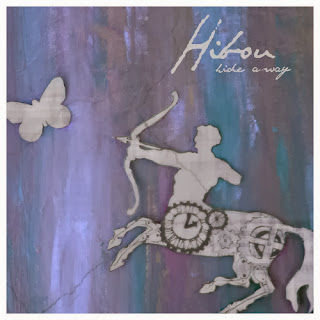 On Sunday, Now Playing @6music announced the list of the 25 artists that were mentioned the most on UK-based blogs in 2013, a list that was topped by the wonderful Wolf Alice. Whilst it's understandably unlikely that anyone will like everything on the list (how the heck did Justin Timberlake make it?), there's enough variety on it that there should be something there for everyone. (You can still listen to the show in full until this Sunday on the BBC iPlayer. If you skip forward to 1:19:00, you'll get to hear a contribution by your local, friendly captain).

One artist who I hadn't expected to make the top 25, but am pleased by his inclusion, is Seattle's Peter Michel, aka Hibou, who made it to #21 on the list after the UK blogosphere went crazy over the wonderful "Sunder" back in May.

He's now released a new single, "Hide Away", in anticipation of his debut album, which is due sometime next year. The song moves away from the surf-rock grooves that dominated "Sunder" and instead veers into dreamier territory. The guitar still dominates thankfully, but the production is richer and more layered than in the past, giving off a slight M83 vibe.

The last time Hibou was mentioned here, I commented that the music he was making is good, but he still needed that extra something to help distinguish him from his influences. "Hide Away" seems to be a step in the right direction - there seems to be a distinct sound emerging, which I imagine will be fully realied by the time his album comes around.