As summer approaches quicker than Eric Pickles at an all-you-can-eat curry house,, The Metaphorical Boat is going to guide you through some of the festivals on offer in Northern Ireland in 2012, from the big, the small, to the not so big and the not so small. The first part can be found here.  This second installment features Glasgowbury, Sunflowerfest and Stendhal Festival of Art.
------------------------

What is it?
Seen as the jewel in the metaphorical crown of Northern Ireland's festival season, the "Small But Massive" festival's aim is to "nurture young creative talent while providing a platform for the Irish music scene," a vision that has seen it pick up a plethora of awards.


Where is it?
Draperstown, in County (London)Derry. And definitely not in Glasgow, as I had originally thought when I first discovered the festival.


Who's headlining?
The festival will be headlined by alt-rock legends, Therapy?, on the back of their "Brief Crack of Light" album, which has seen the band gain their best reviews for quite a while. Expect absolute mayhem when their big hits like "Screamager" and "Nowhere" start up.


Who else is playing?
As if having a set from The Wonder Villains isn't exciting enough, there's sets from some of the most wonderful acts in the province. Robert Smith collaborators The Japanese Popstars should bring their electric live show to town, while there are also sets from Lafaro, RunawayGO, Sons of Caliber, Amidships, VerseChorusVerse & Our Krypton Son, amongst other names. 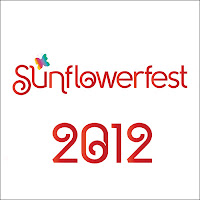 What is it?
One of the quirkier festivals on offer, Sunflowerfest will have therapy areas, a debating room and a boutique crafts village in addition to several stages of music. They get props for calling their main stage the Finn McCool stage, even if it brings back traumatic memories of my P5 school play.


Where is it?
Tubby's Farm, Hillsborough. Just 10 miles from Belfast Centre.

Who else is playing?
A host of names from across UK & Ireland. Blog picks include The Wonder Villains (of course), Lanterns on the Lake, Elspeth, Parachutes Over Paris, A Plastic Rose, Katie & the Carnival and Katharine Philippa. 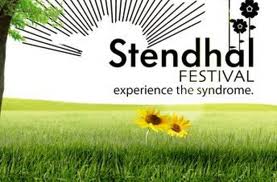 What is it?
According to its curators, the festival exist to "inspire the discovery of performing and visual arts, showcasing local, national and international artists, with a reputation for innovation and exceptional hospitality."


Who's headlining?
Henry McCullough, famous for playing with Paul McCartney in Wings.

Who else is playing?
Many names from the county are on the bill, as well as several from further afield. Artists worth mentioning include Best Boy Grip, Silhouette, Furlo, Axis of, Exit Pursued by Bear (there's not enough post-rock bands named after Shakespearean stage directions), Intermission (featuring ex-members of Karma 45) and Master & Dog. There is also a Limavady band called General Biscuit playing, although I know nothing of them, apart from the fact that I absolutely adore their name.

Email ThisBlogThis!Share to TwitterShare to FacebookShare to Pinterest
Labels: Festivals 2012, Tips for 2012