As we near closer into the summer months, The Metaphorical Boat is going to guide you through some of the festivals on offer in Northern Ireland in 2012, from the big, the small, to the not so big and the not so small. This first installment features Belsonic, Tennent's Vital, and Pigstock. 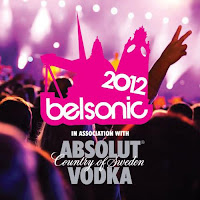 What is it?
Less of a festival and more of a series of gigs under the same banner, Belsonic is one of Belfast's premier summer music events. It's ability to attract world class names, as well as incredibly strong supporting acts, adds to its prestige.


Where is it?
Custom House Square, in Belfast City Centre.

Who else is playing?
Some of the line-ups are yet to be formalised. Currently announced support includes The Enemy, Noah & the Whale, Dillon Francis and FM.


The festivals reputation for featuring local artists on the bill remains in place this year, with Foy Vance (Emili Sande), The Answer & Sweet Savage (playing with what purports to be Thin Lizzy), and The Cast of Cheers, who join Two Door Cinema Club on Thursday 23rd August.

What is it?
After a 4 year hiatus, Tennent's Vital re-launched itself last year with an explosive headline set from Eminem. Now the two day event returns this year to remind people what made it so great in the first place.


Where is it?
Boucher Road Playing Fields, Belfast.

When is it?
Tuesday 21st & Wednesday 22nd August. It has been scheduled to avoid a conflict with Belsonic's dates.

Who else is playing?
The Black Keys and Dublin rock and rollers The Minutes have been announced for Tuesday, with Florence & the Machine and classical guitarists Rodrigo y Gabriella confirmed for Wednesday.


The festival is also running "Tennent's Untapped", a competition that will see two local unsigned bands winning the opportunity to open the event. Blog favourites such as Best Boy Grip, The Jepettos, Two Glass Eyes and Pretty Child Backfire are among the 16 acts hoping to win the opportunity to play the biggest gig of their life.


Website?
This text is in a different colour, which means clicking here will bring you to its website. 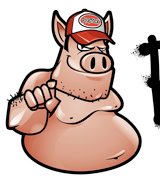 What is it?
Established in 2008, Pigstock offers a variety of great music from all corners of Ireland at a very reasonable price. It was nominated for Best Festival at the Northern Irish Music Awards in 2011.


Where is it?
In the village of Killinchy, County Down. Population is 491, which multiplies by at least four times during Pigstock weekend.

When is it?
Friday June 1st- Sunday June 3rd 2012, making it one of the first music festivals of the summer


Who's headlining?
Belfast band Fighting With Wire are headlining on Friday night, with Mojo Fury headlining the Main Stage on Saturday.


Who else is playing?
Some brilliant musicians from across the island of Ireland. Some of the blog's tips include Kowalski, RunawayGo, the ever energetic Pocket Billiards, Squarehead, Silhouette, Eatenbybears, and my own personal favourite, Not Squares.


One of the more inspired bookings this year is Irish electronica artist Mmoths, a recent signing to the Beggar's Group who is about to enter the stratosphere. Whether he can transfer his atmospheric sound over to the live arena remains to be seen.

So what are your thoughts on these three festivals? Are you going to any of them? Are you excited about the line-ups? Let me know in the comments below.
Posted by Christopher McBride at 00:23

Email ThisBlogThis!Share to TwitterShare to FacebookShare to Pinterest
Labels: Festivals 2012