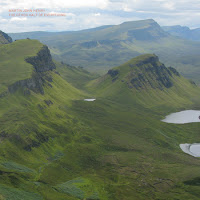 I love it when you form an image of an artist in your head based upon their album art, only for you preconceptions to be proved wrong once you take the time to listen to it. Take the debut album of Scottish singer/songwriter Martin John Henry, formerly of De Rosa. The artwork of the album, "The Other Half Of Everything", seems to give the impression of an album of pastoral, King Creosote-eque.
However, dig beneath the surface, and you'll find electronic infused gems, such as the lead single, "Ribbon on a Bough," which sounds like the lovechild of M83 and Stornoway. Who says that being lulled into a false sense of security is a bad thing?
Posted by Christopher McBride at 20:39