Northern Ireland Music Prize 2016 - Who's The Most Popular? 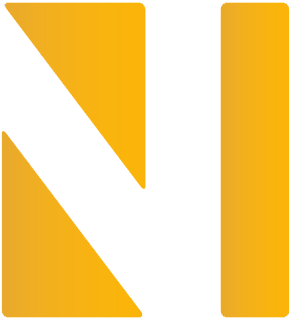 As we mentioned last week, the nominees for the 2016 Northern Ireland Music Prize have been announced. To recap, here are the twelve albums to make the cut for this year's prize -

As has been the case for the NI Music Prize the past few years, I decided to do a bit of number crunching using data gleamed from available resources to see which artists and albums nominated are the most popular. Due to its near ubiquity in the streaming world, as well as the fact that it makes its data about listening readily available for anyone to read, I will be relying solely on information taken from the world's most popular music streaming service, Spotify.


(For comparison's sake, one of the most popular songs of 2016, "One Dance" by Drake, has been streamed over 807 million times)
As I'd somewhat expected, the artist whose most streamed song tops the rankings is former NI Music Prize winner Foy Vance with the lead single from his album, "She Burns", which has amassed over 3 million plays for the track taken from his Ed Sheeran-signed album. It's also unsurprising to see Ciaran Lavery ranking #2 with "Okkervil River", the only other artist nominated to have a song collected over 1 million streams to date. Lavery's recent success has been largely as a result of his music becoming incredibly and unexpectedly popular on the platform over the past few years, to the extent that he even recorded a live album for them. What's more surprising is to see Jealous of The Birds at #3 on the list - having only started recording music barely a year ago and being quite an unknown quantity even when the album was released this year, it is still surprising to see her song "Miss Misanthrope" outstream the top songs from more established names like Girls Names, Sea Pinks & exmagician (albeit under a different name for the latter).

To show just how ubiquitous Spotify has become for artists, this year the top 7 artists all have at least one track which broke through the 100k stream barrier, compared to just one from the list in 2015. The others have at least 1 song with a five-figure stream count, with the exception of Michael Mormecha's "Lofi Life", which fails to get a single song even to the four-figure amount on Spotify.

Of course, as I mentioned last year, there are a few disclaimers to go with this data - this is just a snapshot from a certain point in time before the contest - for all I know, Michael Mormecha could get a song featured on a popular Spotify playlist tomorrow, gain 30,000 streams overnight and parachute into the top 10, so this shouldn't be treated as scientifically rigorous. Also, I have only included versions of songs taken from the parent album on Spotify, so I haven't taken into account other versions of any of the songs (There is a single version of Ports' "Ancient Wave" which has been streamed over 130k times, but as it seems to be slightly different from the album version I have excluded it from the above table. If included, Ports would have moved from 6th to 4th).

After looking at individual tracks, I decided to see how popular each of the albums are as a whole on Spotify. As each of the albums have different track numbers, I thought that the fairest methodology to decide which album is the most popular as a whole is to take the same amount of tracks streamed from each album, then divide it by itself to get an average amount of streams overall.
Therefore, I picked the six most popular songs from each album (6 were chosen, given that the album with the least amount of songs, "Drone Pop #1", contain 8), added up the totals, then divided by six to give an average amount of album points for each. The results of my findings were as follows - Most popular nominated album on Spotify (stream average):(Snapshot from 21/09/16):

*All songs on this album have been played less than 1000 times on Spotify, so for the purposes of working out an average, I assigned all tracks a play amount of 500.
(For comparison's sake, one of the most popular albums so far in the same period, "25" by Adele, has an average of nearly 163 million based on this methodology).

So once again, Foy Vance & Ciaran Lavery find themselves well ahead of the rest of the pack, with album stream averages of well over over half a million for each of them. The top five remain identical to the highest track table, and there's a couple of shifts around the mid-table positions (David C Clements is #8 in this table compared to #10 in the single track rankings, which would seem to imply that more people are likely to listen to his album in full compared to his peers), whilst Michael Mormecha remains firmly anchored to the bottom position.

What is notable about this year's averages is that last year's average appear to be lower than those of this year, even though last year's list had more higher profile names. I'm guessing that the fact that most of the names on the list have managed to find themselves on some popular Spotify playlists has really helped (particularly Jealous of The Birds, which explains the explosion in popularity in such a short space of time). It seems even getting onto a playlist for an upcoming festival can be quite beneficial (quite a few of these artists have managed to amass pretty hefty streams from these self-made playlists), so one can never underestimate the power of the playlist, regardless of its size.

Once again, I should stress that due to the nature of the working, this is not entirely scientific, given that it only takes into account the top 6 streamed songs on Spotify. It also doesn't take into account when the album was released - a few of these albums were released near the beginning of the cut-off period for the prize, whilst others were released much more recently.

Still, I hope that this gives an interesting overview as to which album nominated for the prize has the largest number of fans, and therefore might give some indication as to who we might see take home the prize come November 11th. To give you a flavour of the nominees, here's a Spotify playlist of the most popular song (as of today) from each of the twelve nominated albums -

The Northern Ireland Music Prize will be awarded in the Mandela Hall on November 11th. Ports, Jealous of The Birds & Girls Names will perform at the ceremony, as will Ash, who will receive the Oh Yeah Legend Award & perform their album "1977" in full.
Posted by Christopher McBride at 18:21