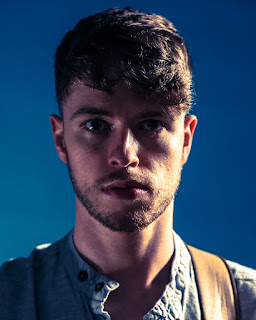 This photo above was taken in the 1930s by a photographer living in the Midwest of the United States of America, depicting a young sharecropper of that period. Unfortunately, the devastation to his crops caused by the catastropic effects of the Dust Bowl proved too much for Oklahoma native Owen Denvir, and he finally succumbed to illness in 1937, aged just 26. Modern technology has been able to enhance the picture to make it fully coloured, so we can have a good idea of what Owen Denvir would look like if he were still alive today.

Wait, that image ISN'T of a Grapes of Wrath era farmer, and is actually that of a Belfast-based musician? Okay, we'll start again.

Singer/songwriter/viola-wielder Owen Denvir has been slowly building up a following over the past year or so since receiving a push through the Oh Yeah! Centre's Scratch My Progress scheme. He released a well-received E.P "Daydreamer" back in October, and he has had some viral success with several of his multi-tracked cover videos, covering artists as diverse as Jackson Five, Red Hot Chili Peppers, and in a self-deprecating manner, Amy Winehouse.

Now he has released a brand new single, "Green Light", a song which should make a few more people fall under his spell. The song is a passionate, tender singer/songwriter-y song in the mold of James Bay or Passenger, which is punctuated by bursts of Owen's viola fiddling. Plus, it's hard not to be won over by a song that features an uplifting Carubian choir.

"Green Light" is out now.

Posted by Christopher McBride at 12:43