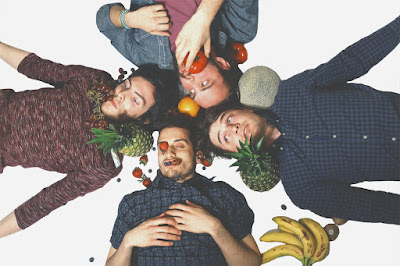 "Habits" by Buffalo based quartet Dreambeaches sounds like one of those indie-rock songs that you think you've heard on an advert for some really exciting everyday thing, or being used as bed music on Flog It or Homes Under The Hammer for some inexplicable reason, for which you usually can't place who the band nor what the song are (not that there's anything wrong with that - the PRS payments for such placements are rather generous, one believes). We don't know if "Habits" has actually been used for those purposes yet, but if it is, then the advertisers/producers can do so in the knowledge that they've got a pretty great wee song on their hands. It's a punchy, sarcastic ode to the minor travails of modern life, and a rather nice little one at that.

"Habits" is out now.

Posted by Christopher McBride at 17:12