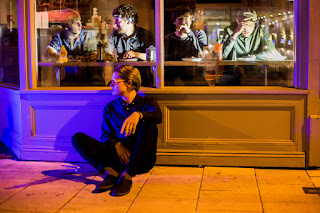 The last single released by Portsmouth band Kassassin Street, "To Be Young", was the group's most successful single to date, picking up a respectable number of Soundcloud streams and rode high on the Hype Machine, as well as getting playlisted on XFM. Having already been rather busy during this year's festival season, they are preparing for their biggest UK tour to date in October in anticipation of their debut E.P release, and have just released the first track to be taken from that release.

"Radio Silence" follows on from "To Be Young" both in sound and in tone, further sharpening their own brand of dark electro-psych rock. Their portfolio is growing stronger with every release. Here's hoping that the release of the E.P in October gives them the final push over the recognition parapet that they richly deserve.

"Radio Silence" is out now.

Posted by Christopher McBride at 20:18