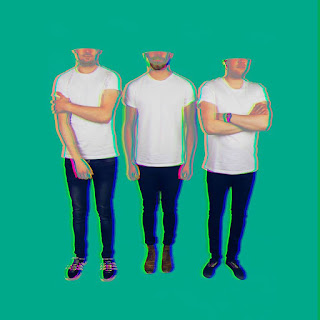 In the past week, a lot of people locally have been getting rather enthusiastic about "Better Time", the debut release from Belfast trio Tuskany. Although like many "new" bands from Northern Ireland that pick up a lot of steam from the get go, it should be noted there's some familiarity within the project - Owen McGarry has been recording well-received solo material for some time.

"Better Time" is a great fun slice of day-glo synth-pop which has 'Kitsuné compilation album candidate' written all over it, and whilst their description as sounding like "Earth, Wind & Fire meets M83" might not be entirely accurate, you can kind of see where they were coming from. They're an interesting sounding act, with a lot of promise from the get-go.

Posted by Christopher McBride at 13:57