Northern Ireland Music Prize 2015 - Who's The Most Popular? 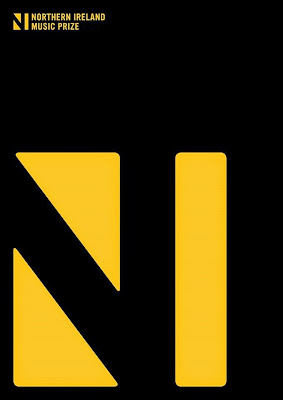 As we mentioned last week, the nominees for the 2015 Northern Ireland Music Prize have been announced. To recap, here are the twelve albums to make the cut for this year's prize -

A Plastic Rose – Flickering Light of an Inner War
And So I Watch You From Afar – Heirs
Axis Of – The Mid Brae Inn
BeeMickSee – Belfast Yank
Ciaran Lavery and Ryan Vail – Sea Legs
Duke Special – Look Out Machines
The Lost Brothers – New Songs Of Dawn And Dust
Malojian – Southlands
Not Squares – Bolts
SOAK – Before We Forgot How To Dream
Therapy? – Disquiet
Tim Wheeler – Lost Domain

As has been the case for the NI Music Prize the past few years, I decided to do a bit of number crunching using data gleamed from available resources to see which artists and albums nominated are the most popular. For the past 2 years, I have used last.fm in order to give an idea of how popular each of the artists nominated have been around the time that the album has been nominated. However, given that the data I gleamed from the website in 2013 and 2014 is not as easily usable as it was last year, I will be relying solely on information taken from the most popular music streaming service, Spotify.

Most popular individual track from each nominated album on Spotify:
(Snapshot from 26/09/15):

(For comparison's sake, one of the most popular songs of 2015, "Cheerleader" by OMI, has been streamed over 424 million times)

So as expected, the most popular song from a nominated album belongs to BBC Sound of 2015 nominee SOAK, with her song "B a nobody" being streamed nearly 8 million times. A very distant, yet credible 2nd place comes from A Plastic Rose with "Somebody's Daughter", which has proven to be much more popular with the Spotify crowd than the most popular songs by well known acts like Therapy?, Duke Special & Tim Wheeler. In the bottom half of the table, it's surprising to see Ciaran Lavery & Ryan Vail's most streamed track on just over 20,000, especially given that the former's most streamed track on his own has already amassed more than 10 million streams, whilst spare a thought for BeeMickSee, whose most popular track is almost 8000 times less popular than the #1.

Of course, there's a few disclaimers to go with this data - this is just a snapshot from a certain point in time before the contest -  for all I know, BMS' could get 10,000 streams tomorrow and parachute into the top 10, so this shouldn't be treated as scientifically rigorous. Also, I have only included versions of songs taken from the parent album on Spotify, so I haven't taken into account "single" versions of any of the songs (the single version of "Somebody's Daughter" has been streamed an additional 85k times).

After looking at individual tracks, I decided to see how popular each of the albums are as a whole on Spotify. As each of the albums have different track numbers, I thought that the fairest methodology to decide which album is the most popular as a whole is to take the same amount of tracks streamed from each album, then divide it by itself to get an average amount of streams overall.

Therefore, I picked the six most popular songs from each album (6 were chosen, given that the album with the least amount of songs, "Sea Legs", contain 7), added up the totals, then divided by six to give an average amount of album points for each. The results of my findings were as follows -

Most popular album from each nominated album on Spotify:
(Snapshot from 26/09/15):

*These three albums had songs within their six most streamed which were listed as < 1000 plays. For the purposes of working out an overage, these songs were assigned a play count of 500.
(For comparison's sake, one of the most popular albums released in 2015, "The Chaos & The Calm" by James Bay, has an average of nearly 45 million based on this methodology).

So once again, SOAK finds herself as the queen on the nominees, with an average album stream total of over 2 million, whilst A Plastic Rose drop back to fourth, which suggests that "Somebody's Daughter" is much more popular than the album as a whole. It still ends up more popular than the established Duke Special & Tim Wheeler, which is possibly a result of the album being available on Spotify 3 months before it was available to buy. ASIWYFA are a strong yet distant 2nd place, whilst BeeMickSee once again brings up the rear.

Once again, I should stress that due to the nature of the working, this is not entirely scientific, given that it only takes into account the top 6 streamed songs on Spotify. It would be interesting to see how well each of the albums has sold overall, rather than just streaming, as it would give a better idea of how popular each artist is. Unfortunately, that data is not freely available, although I do know that three of the albums did make the UK Albums Chart - SOAK (#37), Therapy? (#79) & Duke Special (#92)

Still, I hope that this gives an interesting overview as to which album nominated for the prize has the largest number of fans, and therefore might give some indication as to who we might see take home the prize come November 14th.

The NI Music Prize ceremony will take place in the Mandela Hall. There will be performances from nominees The Lost Brothers, Malojian & Ciaran Lavery and Ryan Vail, as well as from The Divine Comedy, who will receive the Oh Yeah Legend Award.
Posted by Christopher McBride at 10:00