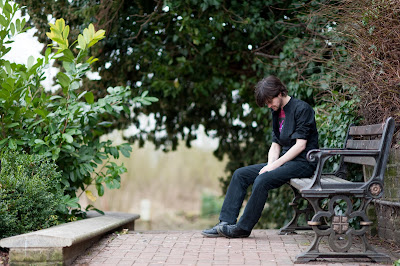 You know that you've started to make that first formative climb onto the 'you're getting old' train when new artists get nostalgic about a decade that we lived through. Whilst admittedly your humble captain was still in single figures when the 90s Juggernaut came to a grinding halt, we still get a little bit misty-eyed whenever we hear songs that talk about the era.

Which brings us to the latest song from Cambridgeshire native Gavin Chappell-Bates, with an ode to the era which is appropriately titled "95". The song very much wears its influences on its sleeves, with the Britpop-inspired song containing lyrical references to songs by Ash, Oasis and Radiohead. Although melodically, it does seem to takes its cues from two songs from American bands - the melody in the verses reminds us a little bit of "Every Morning" by Sugar Ray, whilst the chorus call to mind "Stacey's Mom" by Fountains of Wayne.

Obvious comparisons aside, this is an enjoyable little nostalgic trip from Mr Chappell-Bates. One minor point of order though - "A Design For Life" is name-checked in the lyrics, despite the fact that this song didn't come out until 1996. Still, given how much we enjoyed "95", we're happy to let it slide.