Emmét McGonigle - No One Likes The Good Guys Anymore 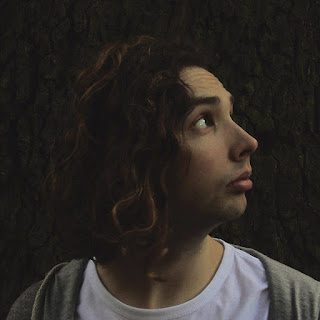 Well, we definitely didn't expect to be writing about more than one musician from Limavady in the space of a week - after all, how much musical talent can a town with approximately 12,000 residents contain?

Well, it seems like it's definitely punching about its weight - first we had Glass Wings earlier in the week, and now comes the turn of singer/songwriter Emmét McGonigle.  Self-described as 'just like Damien Rice... if Damien Rice was a twenty year old curly-headed hipster', he has recently released his debut E.P, from which the single "No One Likes The Good Guys These Days" is taken from. You can definitely hear the influence of Damien Rice on the track, as well as a little bit of Villagers in there as well.

The biggest touchstone in our humble opinion however would be Radiohead, with its acoustic-meets alternate production, with all its atmospheric bells & whistles positioning it somewhere between the band's "The Bends" & "OK Computer". His vocal as a touch of the Thom Yorke in places as well, albeit a 'twenty year old curly-headed hipster' version of Thom Yorke.

"No One Likes The Good Guys These Days" is released on May 8th, and is taken from "The Blame E.P", which is out now.

Posted by Christopher McBride at 20:52